When the COVID-19 global pandemic surged across the globe last year, it resulted in millions of people losing their jobs. In the United States alone, the unemployment rate reached a staggering 14.7% in April, after lockdowns and harsh restrictions were enforced by countless local government units.

In search of a livelihood, many turned to e-commerce, enticed by its promises of big returns and a flexible work schedule. They were particularly drawn to Amazon, which is widely regarded as the world’s biggest online marketplace, thanks to their third-party seller programs and convenient shipping methods.

As more and more people were retrenched or laid off, Amazon saw its own revenues reaching astronomical heights. In fact, it hit a whopping $70.11 billion in the second quarter of 2020, which was way more than its past figures.

To add to that, the company claims that its third-party sellers generated more than 70% of its global revenue for the first six months of the pandemic – a number corroborated by the fact that consumers flocked to online shopping when malls and brick-and-mortar stores were shut down.

While these figures have translated to a ton of incredible things for Amazon and Jeff Bezos, it poses a huge challenge for online sellers, who now have to compete with millions of other people who are trying to turn their digital storefronts into a viable source of income.

Not only has this competition become much fiercer, but it is now also more prone to rapid changes, which means that online sellers will have to keep up with the latest trends and developments to keep the profits rolling in.

But how exactly will they manage to do this, when they have their marketing, shipping, and other administrative tasks to take care of? Most online sellers are in it for the long-term, but to be successful on Amazon, you need to have several tools in your arsenal that will take care of important elements, like advertising, customer service, and payments.

Besides reducing the number of things that you have to keep an eye on, these tools will also enable you to focus on the core aspects of your business. More importantly, they’ll allow you to create strategies that will grow and sustain your digital storefront – after all, if you aren’t busy worrying about updating your product listings, then you’ll have more time to think about what other items can fit your niche market. The Best Amazon Seller Tools of 2021

With that in mind, here are a few indispensable Amazon seller tools that will allow you to reach greater heights of success this 2021.

Arguably one of the most well-known Amazon Seller tools out there, Refunds Manager files personalized claims with Fulfillment by Amazon (FBA), allowing you to receive reimbursements for a wide range of issues, such as damaged inventory and incorrect fees.

While there are other similar tools like this, Refunds Manager is unique because they have an actual team that manually checks your account, writing and submitting the claim themselves. Since Amazon discourages sellers from making use of automated claims, this tool will guarantee that your reimbursements are actually released.

While Refunds Manager files personalized claims for you, AMZ Refund analyzes your inventory data to figure out if there are any issues that will qualify for reimbursement. All their complaints adhere to Amazon’s terms of service, which is why you won’t have to worry about whether you have an actual leg to stand on.

Any online seller knows the importance of using the correct keywords in their product listings, but this is especially true for those on Amazon, where search terms will determine how successful a particular digital storefront will be.

In the simplest of terms, MerchantWords helps you determine what products Amazon’s customers are looking for. By providing you with estimates for the total number of searches for any given term, you’ll be able to identify in-demand products, as well as future trends.

Without a doubt, AMZ Tracker is another indispensable keyword tracking tool for Amazon sellers. Not only does it allow you to track popular and commonly-used search terms, but it also provides in-depth analyses on your competitors, which will go a long way in ensuring that you remain dominant in your industry.

Perhaps one of the best things about AMZ Tracker, though, is its affordable subscription packages. Besides their affordable prices, these also come with a slew of helpful services, all of which will prove to be helpful for any online seller.

Inventory management is easily one of the most common problems among online sellers, given how extremely time-consuming it is to update the number of stocks you have. Those using the Amazon Fulfillment Center will find it even more difficult, especially since they have to constantly keep track of the number of products going in and out of the warehouse.

There are a ton of advantages to using Forecastly, but perhaps one of its biggest benefits is how it enables you to make quick, accurate, and well-informed buying decisions, thanks to how their software provides a succinct overview of which products are proving to be the most popular.

Considering how massive the e-commerce industry has become, online sellers are undoubtedly hesitant about putting all their eggs in one basket. Because of this, most of them are expanding their business beyond Amazon and launching digital storefronts through other global marketplaces.

Multi-channel selling may mean huge profits, but it’s also incredibly difficult to keep track of product listings and sales across various platforms. Fortunately, SellerChamp™ is an online tool that does exactly this – in addition to allowing you to manage every single one of your digital storefronts, their innovative software also pulls important information from all your listings and uploads them instantly onto whatever marketplace is being used. If you’re thinking of launching an e-commerce business with Amazon, then raking in huge profits can seem impossible, thanks to the number of other digital storefronts that you have to keep up with. But taking your online business and dominating the competition will undoubtedly be easier, as long as you have these seller tools in your arsenal.

Ready to Grow Your Ecommerce Business?

We’ve helped ecommerce businesses like yours scale and grow year over year. Sign up for a FREE 14-day trial and see how easy it is to automate your operations, grow your inventory and expand to multiple channels! 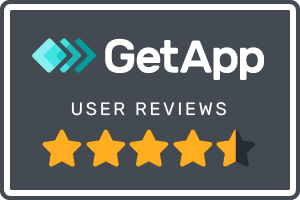 Signup for your 14 day free trial